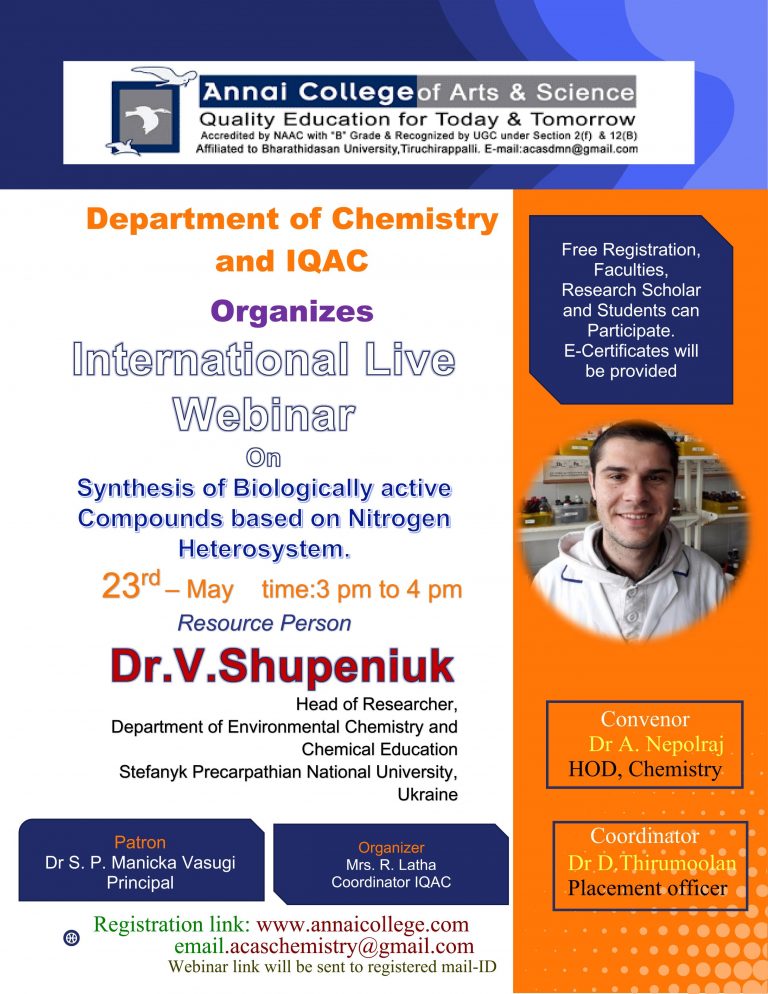 Vasyl Shupenyuk, an engineer at the Department of Environmental Chemistry and Chemical Education, took part in an international webinar, speaking as a speaker on the topic: “Synthesis of Biologically Active Compounds Based on Nitrogen Heterosystem”. The lecture lasted 60 minutes in English and was organized by ACS Science Talk: Virtual Lecture Series (United States and India), the speech was made by invitation of Annai College of Arts and Science is a college in Kovilacheri, Kumbakonam, Tamil Nadu, India. The online lecture was attended by more than 200 scientists from around the world who are experts in organic chemistry and deal with the synthesis of heterocyclic compounds. After the lecture, the scientists asked the speaker about the peculiarities of the synthesis and methods of synthesis of the latest nitrogen-containing heterocycles and their application. Discussed the achievements of the research group led by the head of the Department of Environmental Chemistry and Chemical Education Taras TM in the development of scientific and theoretical bases for the synthesis of new nitrogen-containing derivatives of 9,10-anthraquinone as potential biologically active compounds. We thank the head of the Department of Chemistry Dr. for the invitation. Nepolraj Amaladoss Annai College of Arts and Science, Kumbakonam.